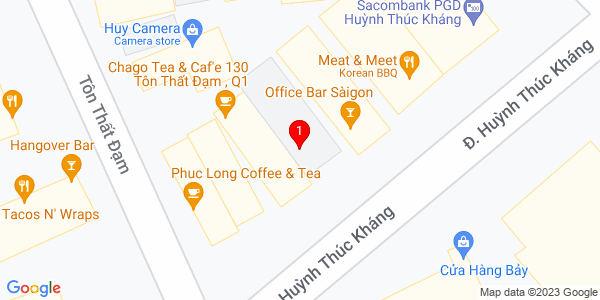 The Evolution Of The Ao Dai Vietnamese Dress

The majority of people throughout the globe know the Ao Dai to be the national emblem of Vietnam. For many of you guys, it makes you go weak at knees to see a beautiful Vietnamese girl look so feminine in her Ao Dai…We know we know!! hehe, But some of you guys are unaware of the fact that the Ao Dai has undergone significant changes from its origins in order for it to become such an iconic emblem in the present day and since we have our Ao Dai Tet Party In Saigon coming up soon, we thought we would write a little but about it.

In a rush? Jump straight to the answer hide
1 The Ao Dai Backstory
2 When exactly was it that Ao Dai was initially made available to the public?
3 Changing to delineate between two separate social classes.
4 Present & Future of the Ao Dai
5 But did it accomplish its goals?

To tell you the truth, people are still trying to pinpoint the exact year when the roots of the Vietnamese ao dai first grew.
However, there is some historical background for us to consider before coming to our own judgments.
The term “Ao Dai” is said to have been discovered for the first time on ancient bronze drums that belonged to the Dong Son Culture, which existed before to the Han Chinese influence.

Other authorities suggest that it was first presented by the Trung Sisters in the year 40 AD.
These two courageous women were the leaders of a rebellion that overthrew the Chinese Han dynasty and established Vietnam’s first sovereign state.

When exactly was it that Ao Dai was initially made available to the public?

According to the available evidence, Ao Dai first started to have a significant impact on society in the year 1744. In reality, the country of Vietnam was split in half at that time into two distinct areas.

Ao Giao Linh were traditional clothes that the northern lords of Hanoi had their people wear reminiscent of the robes worn by Han people in China. Including both a bodice that buttons up the front and a skirt While the southern areas of Vietnam insisted that members wear long silk gowns inspired by Champa-style clothing and cover their pants with them, northern Vietnam insisted that members wear just trousers. Later on, folks in the south shortened the gown so that it could be worn with pants and gave it the name Ao Ba Ba.

While the northern variant experienced the Ao Dai’s first fundamental evolutionary phase, which we are familiar with today, the southern variant did not.

During the 1800s, the Ao Ngu Than was the garment that was most often worn by ladies of the upper-class a dress with five separate panels, including four on the outside, two in the front that are joined together to form one panel, and two in the back.

An alternative to the bra, which had not been devised at the time, was to give the garment a collar feature and include a concealed baby flap.

On the other side, members of the working class wore a new dress style that was more orderly and practical; it was named the Ao Tu Than, which literally translates to “four-panel gown.”

To summarize, Ao Tu Than is an alternative rendition of Ao Ngu Than. having both of the rear panels combined into a single, continuous piece. The front panels were not attached to one another but could be tied together if necessary.

Darker hues were often used for the four-panel gown since, at the time, such attire was associated with those of lesser social status.

Present & Future of the Ao Dai

Moving forward into the early 20th century, the form of the Ao Dai is very loose, and it has an open collar that enabled the ladies to display whatever jewelry they could wear at the time. The following era, which spans from the 1930s to the 1950s, is characterized by the introduction of Western influences into Vietnam as a result of French colonialism.

The Hanoian artist Cat Tuong, also known as Le Mur, transformed the traditional ao dai garment into a variety of various forms by drawing influence from Western design. Le Mur altered the Ao Dai to better conform to the shape of a Vietnamese woman’s body by pulling it tighter.
He elevated the shoulders, lengthened the dress so that it reached the floor, opted for a more vibrant color palette, and added Western features such as puffy sleeves, a heart-shaped collar, and a bow to the ensemble.

In a nutshell, he managed to make it seductive, flattering, and visually attractive.

During the following 40s, the design saw a rise in popularity, although there were many who maintained that it was insensitive to Vietnamese culture due to its alleged sexual connotations. Almost immediately after that, the painter Le Pho made some modifications to Ao Dai Le Mur so that it seemed more traditionally.

He removed the puffy sleeves and replaced them with the features from the Ao Tu Than and Ao Ngu Than garments. Since that time until the 1950s, his variation of the Ao Dai, in which the two flaps are connected to the body and closed at the neck, remained popular because it was tolerated by the more conservative philosophy that was prevalent during that time.

On the other hand, the United States took over for France as the occupying power in the late 1950s.
When Tran Le Xuan, the wife of the President’s main adviser, wore a dress with a V-neck collar, short sleeves, and gloves in 1958, she caused quite a stir in the world of fashion.

And despite the fact that many people found this move to be in bad taste and offensive, other people applauded her for the sophisticated way in which she wore the costume. Since of the widespread hostility for the updated version, the outfit was outlawed by the government because it was seen as a sign of approval for capitalist values.

But did it accomplish its goals?

No, not really; in point of fact, the 1960s were the decade in which Ao Dai reached its pinnacle of popularity. Especially in southern Vietnam, since since Saigon designer Dung Dakao added raglan sleeves to the garment, which once again sparked a revolution in the fashion world.

Buttons lined the front panel of the Ao Dai all the way from the collar to the armpits and continued all the way down to the side of the hips. The garment seemed to have less wrinkles as a result of this invention and was able to lie flat on a woman’s body while yet allowing for ease of movement.

Doi Moi, the country’s phase of reform, took place throughout the 1970s and the early 1980s.
Along with the surge of hippie culture, adopting the idea also became very popular “Maintain a quick pace in your daily life. Die Young “The traditional Ao Dai has been updated with a more compact size, materials that are lighter, more brilliant colors, and designs that include plants, flowers, and geometric forms.

The bodice was made to be thin and was only brought down to the knees. It had a large body, a low neck, and long pants with broad bell bottoms that reached up to 60 centimeters.
This style remained popular until the middle of the 1990s.

The Ao Dai continues to be a national emblem of elegance, beauty, cultural pride, and creative expression in Vietnam in the 21st century, despite the fact that it is worn less often on a daily basis.

There is no shadow of a doubt as to why this outfit is considered to be such a prized component of traditional Vietnamese culture. Its appeal spans the gamut from high fashion to traditionalism and everything in between.

We’ve covered all there is to know about Ao Dai’s history, which spans a thousand years.
Leave a comment below telling us which decade you consider to be your favorite.